Stereotyping of Men and Women in Society and in Schools

Stereotypes are an over-generalized belief about a particular group of people. Being stereotyped into a group and being pressured to act a certain way can affect you in more ways than anyone could imagine. My freshman year of high school I cheered for my school. We already had a name for ourselves from previous cheerleaders. One girl on our team made a bad decision with a guy that affected us all. We began to be labeled as “hoes,” “sluts,” and more. A lot of relationships and friendships were ruined by this and caused a lot of damage to us.

The problem with stereotyping men and women in society and in schools is; everything is based on how someone dresses, talks, loves, and hangs out with. If we stop letting people’s judgement and opinions affect how we act, and what we do, we would all be more content and happy with ourselves and with one another.

Sophie Imler, a sophomore from Oldham County High School explains, “. . . Football players and other guy sports can’t try on any of their work or else they won't be ‘cool.’”

Diego Salvador, a sophomore at Franklin Simpson High School says,” Many people stereotype us [football players] because they don’t get to know us.”

Many people face these stereotypes more in school rather than in society. At school it’s all about fitting in, but you aren’t truly fitting in if you are not being yourself. If you juul or vape you’re a fein, if you do not you’re a goody two shoes. If you’re a football player you can’t go to an Ivy League school for your grades. Band is for nerds. Cheerleading is a “popularity contest.” If a girl doesn’t wear makeup she needs to, if she does she wears too much. If you have a lot of friends you are fake, if you do not then you are a loner.

Many assumptions made are based on specific individuals, cultural, and gender. In society, men can be known for being the “backbone,” being more messy than women, doing all the work, or not being as smart. When a female goes out to eat with a male, who is expected to pay? The male. That’s just what society has always shown. Women can be known for not being as athletic as men, or for only caring about their appearances. Specific groups of individuals get stereotyped such as; blondes not being intelligent. Gays/Lesbians are afraid to admit their sexuality in fear of being judged.

Audrey Taber, a Junior at Morgan County High School exclaims,” Maybe you don’t associate yourself with someone because of what you have heard about them or their friend group.” Negative effects of stereotyping include; low self confidence, low self esteem, lack of trust, changing who you are, lower levels at work and school, prejudice, discrimination and racism.

Jim Griego, a clinical doctor at Mohave Mental Health Clinic in Kingman, Arizona, explains, “Stereotyping can make the victims feel ashamed and insecure and just as tragic, create a racial and gender division. As well as, leading to bullying.”

Haley Saenz, a sophomore at South Warren High School explains,” People have bullied me because of cheer, it’s frustrating that people don’t look at who you are, they look at what others do.” Our school had tried multiple times to keep bullying to a minimum, but students always find more ways.

“A lot of positive stereotypes are tied to negative ones,” Aaron Key, psychologist at Duke University. Although some may argue that there are positive effects to stereotyping, it has been hardly known to be shown in research. Stereotyping could possibly bring them closer together in the same group but in the long run, the stereotypes that were placed upon someone can mentally affect them. 3 out of every 4 people who had been stereotyped had had mental effects. Such as; anxiety, depression, near suicide, etc.

After a lot of communication and interviews there are a few solutions. Such as; get to know people before judging, try to put more effort into seeing how people live and find out who they are for themselves and not for others. Personally, I’m going to start not letting people’s perception of others get to me. I’m going to open my eyes and get to know people for them.

Examining the Right to Protest

Examining the Right to Protest looks at two of the most influential cases towards the right to protest. The National Socialist Party v. The village of Stokie and Oregon v. De Jonge and looks at how those cases can be applied today with protests. 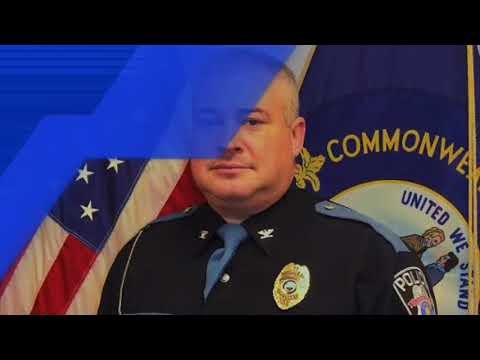 Unemployment in Rural and Urban Areas of Eastern Kentucky