The main symbol of our freedom is the American flag. Some say the red represents the blood shed for our country, the white peace that it had created. The blue and stars would represent the unity we all share in the heavens. These symbols represent the ideals that show how we got our freedom in the first place.

My next symbol is the Constitution, this symbol holds the tenets of our country. The main point is; “in order to form a more perfect union...”. The Constitution creates the foundations of our government and its protective restrictions. From this we get our universal rights, the right to free expression, the right to bear armaments and the right to a private home (no quartering troops.) and other rights that are necessary for a “perfect union”and the “pursuit of happiness.”

The next symbol in my creed is the military oath. The promise to “defend the constitution…against all enemies foreign and domestic.” Our military troops promise that they will uphold the Constitution’s ideals by never letting someone trample the flag under the feet of selfishness. To defend from those who might try to attack our country for no purpose other than greed.

To me, the driving force behind what we classify as freedom is our judeo-christian values. Nothing says freedom like “the Creation itself will be liberated from its bondage to decay and brought into the freedom and glory of the children of God.” Romans 8:12. In fact, without the ideals of human rights expressed by God through his followers, we would never have any idea what freedom was. This societal system of morals is what gives the government ways to find what morals make sense and what is needed for a complete system.

One other thing that is part of my American creed is Francis Scott Key's and John Stafford Smith's Star Spangled Banner. This, our national anthem, is the rally point for the brave in the land of the free. This song is a ode to the bravery and grit we have as a nation. The gist of this song is that nothing that tries to take our flag works. And I quote “Tis the star-spangled banner, O long may it wave O'er the land of the free and the home of the brave.”

These are the symbols of my American creed. I think that these are what make America great.

The project I did was a poster. This poster shows shared traits of American Citizens.

I think this image represents what the American Creed is for me.

How do Words, Symbols and Rituals express the American Creed?

This essay is about what I believe my American Creed is.

To me, the American flag is single-handedly, the incomparable symbol that represents the United States of America and the people and rights that go along with it.

A comic of how diversity plays a role in American Society.

Who is an American

Candid photos of friends and family, showing what the American people look like

“How Do Words, Symbols, or Rituals Express the American Creed?”

An essay response to the question, "how do words, symbols, or rituals express the American Creed?"

This is a Prezi about how people in my life have affected my American Creed.

I created a little self planner to help me achieve my American Creed and some methods to help others as well.

My Prezi is about how you can express your American Creed through actions.

Interviews with elementary school students about their thoughts on America.

How my family has affected my American creed.

I recently made a digital story over what makes up the American Creed. I knew I needed to discuss soldiers because without them we wouldn't have the freedom to be Americans.

The media tends to focus on the negative actions of the people who protect the citizens of The United States and their right to life, liberty, and the pursuit of happiness. This video will highlight the sacrifices they have made for our safety.

Foundations of Liberty and Freedom

The liberty and freedom that people associate with the Statue of Liberty is built on the language in our legislation, so in the image, I made the interior of the statue filled with images of the Constitution to signify where our Freedom comes from.

Pricila J. explores her family's American story through the eyes of her grandfather.

A brief overview of the American Creed from the perspective of two local military veterans and whether their view of America changed over the course of their service.

Is America Changing for the Better

As we progress as a society, we experience many changes - some of which are good, while others are bad. Miguel C., Tyler J. and Paul B. interviewed Americans who have experienced these changes first hand to find the answer to their question. 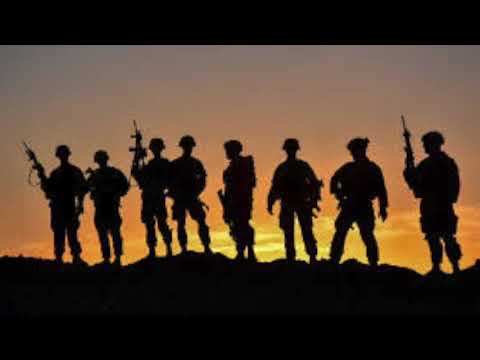 This video explains how service men and women, similar to my ancestors, selflessly risk their lives in order for people to live out their American Creed.

My writing peace is about the soldiers in our military that do not get the respect and recognition they deserve. Our soldiers defend are country to keep us safe and for us to have freedom. Our american soldiers risk everything they have to protect the country they love.

Nick wondered about what the American dream is and how it changes over time. He interviewed an older neighbor who had also served in the military to find answers to this question. This is Cecil's American story.

My piece is a black out poem with the Preamble of the constitution.

The Continuation of the Constitution

The Constitution has been the highest law in America for 200 years, yet today, this law is not reaching far enough to continue to represent the freedoms all Americans must possess. As our society shifts, the Constitution must adapt to the people’s needs.

What America Means to Me

I made my digital story to capture how much I appreciate what my country does. I also made it as a tribute to people in the military. My brother was in the army so it was a emotional subject. Because I connected with the topic, I think it made it so much better.

Summary: This poem is about how my family has served as Americans and as members of the community and how we plan to keep serving as Americans.

I think this image represents what the American Creed is for me.

The American Creed, Dream and Story

How we view each one, and the truths that we choose to ignore.

Taylor F. and Ashley F. interviewed local police chief and military veterans, Brian Bowles. They were interested in learning about his unique story and the opportunities he believed he had being American.

What Your Family and Community Really Mean to American Creed

Throughout this essay, I focus on my Irish family history and military community to describe a personal meaning of American Creed, and what life is like in the United States today.

Success in America can be achieved in many ways. One large foundation for success is the Military. My family has lived up to the idea of personal success through the military. Their stories speak for themselves.

This is a story of my family history and community who inspire my personal American creed. More specifically, I am grateful for my parents for raising me up as close as they did. Thank you and enjoy!

Land and the American Dream