William Maycunich was born on June 8, 1936 in Escanaba, Michigan. He was the last born of thirteen children: three brothers and seven sisters, one stillborn sister, and one sister deceased from sickness at the age of two. His parents Frank and Theresa Maycunich immigrated to Michigan from Croatia as teenagers and got married in Escanaba. The family was always poor and had a difficult time supporting so many children. Bill went to school at St. Joseph's in Escanaba, actively participating in football, basketball, and baseball. He attended college at St. Norbert's college on a football scholarship. Growing up Bill's brother, John, was in the second world war in the army. His brother, Steve, was a medical corpsman in the navy during World War II. He also endured the Battle of the Bulge. Bill did not really understand what war was when his brothers went into the military because he was young, but he knew they were overseas fighting to protect the country. It was very hard for his parents to have children in the military because one of the main reasons they immigrated from Croatia was to escape war and violence in their home country. When Bill attended St. Norbert's, he was in the ROTC program and planned to go into the army, but he could not do that because he tore his knee apart during football and was declared 4F, so he could not be drafted. Instead, he became a conservation officer to help protect the country's land, fish, and game from unscrupulous people who tried to steal from Mother Nature. Growing up during America's hard times, Bill has seen a lot of the country's highs and lows. He says that America has stood for freedom for people to live decent lives within the laws of society, until President Trump went into power. The government used to be for the people, and now the powerful people are obsessed with greed. He has tried all his life to live by the law and do what was right.

Therese Maycunich was born November 27, 1939 in Munising, Michigan. She was the second of seven children: four brothers and two sisters. Her parents were Frank and Veronica Negilski. Her parent's parents immigrated from Poland and Yugoslavia. Her dad's parents were the first settlers in Traunik, Michigan. Therese's family was also very poor. She went to a Catholic school and then transferred to a public school her seventh grade year. Growing up the only way to get updates on news was by listening to the radio. She remembers when the first astronauts were sent up to space and when the first teacher, Sally Ride, got sent into space and her spaceship exploded. Therese says that America stands for freedom of choice and freedom of speech. She says the leadership in the US needs rearranging and it is full of corruption. She tries to pursue freedom by helping others and doing her best to raise her family to the best of her ability with her husband, even when they were living paycheck to paycheck. William and Therese got married in October of 1959 and had five children of their own.  They have both pursued freedom by voting and being active in the government. They feel lucky to have overcome the hardships of their younger days and become successful adults in the US.

Life is viewed differently from generation to generation. This is an excerpt of an interview with my Grandmother about our family and what it means to be free to her.

To Non-Americans, the American Creed is freedom of success and freedom of expression. This image represents a man becoming a citizen, his tears are of joy from finally becoming an American citizen and having access to new opportunities.

My piece is about how I view America and what I think it is all about from my perspective as an exchange student.

This is a poem that describes some key points on what America was like to me. America was not just the land of the free, there were some dark and depressing points that come with this country.

How I Feel Freedom Came To Be.

This timeline describes people in the past that I believe have had a big impact on what freedom is seen as today.

Symbols are what keep us together. They might seem small to some but mean a whole lot to others, and they have a way of bringing us together as a group. This is how we symbolize the American Creed.

A collage of pictures summarizing my ideals of freedom and what I believe it means to be free. Descriptions for each picture are also included.

Family history and the American Creed

An essay about my family history and origin, and how it connects to the American Creed.

The Reality Of "American Creed"

America was Never America to Me

Everyone is here for freedom.

My American Creed - Liberty and a Better Life

My American Creed is closely tied to my family history on my mom's side. My grandparents immigrated from Ukraine to Canada for a better life, and then my mom came to the U.S. for college and a better life.

What rights should people living in the US have?

I believe that people in America should have the rights of freedom, freedom of Speech and, to be protected by all the laws granted by the government period. Also to be treated equally no matter the race or sexuality and for everyone to granted justice.

America: Our Past Defines Our Future

These Yreka students wanted to revisit old footage to see America's origin story and to see how our story has progressed. They interviewed a local business woman to ascertain if today's American principles are the same as yesterday's.

Often people wonder what the true "American Dream" is...

What does it mean to be American? Does anyone know?

This essay was originally shared with others students at youthvoices.live and explores questions raised by studying history and examine similar issues in present day America. 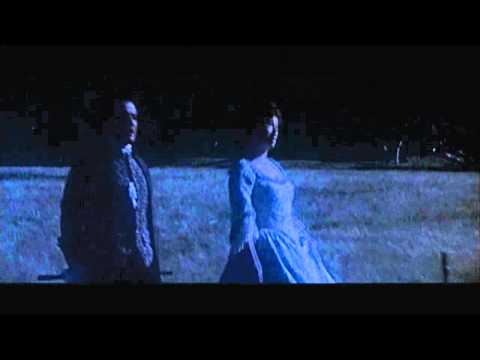 American Creed in the Bible Belt Circa 1980's

After viewing American Creed video with a group of educators, I participated in a Socratic Seminar to discuss the themes and ideas expressed in the documentary. The discussion prompted an experience that I had forgotten. An experience I didn't want to remember.

What We Used To Be. What We Can Still Be.

I wrote about what my American Creed was and what I thought needs to be done in America. Most of these ideals I learned about when I was writing this OpEd and some of them are things that I have learned as I live my life.

My masking assignment is over Martin Luther King Jr. I will continue to look up to his bravery. He understood the importance of diversity and freedom for all. This man not only stood up for what he believed in but also made a difference in history.

The American Creed of Diverse Americans As Expressed Through Art

This essay is about how diverse Americans and Americans whose demographic have a history of oppression understand the American Creed. I investigated this question specifically by looking at pieces of art that were created by and on the topic of diverse Americans.

Black men are constantly harmed by authorities who are supposed to be there for help and security because the authorities are set in a position for African Americans to continuously fail.

Reconstruction in today's society and what it means to be American

The biggest similarity in society since reconstruction and today is what people think it means to be American. Some Americans think to be American you need to bow to the flag and leaders just because you are American.

My piece is about my family history and the lessons we have learned through the years.

Do Not Stay In The Past But Think About The Future

In my essay I wrote about the malpractice of the KKK and how it affected the people of color and also I wrote an encouraging letter on why it is important to speak up.

What Rights Do We Have As Americans?

The rights of most people living in the US weren’t fully honored as much as the Constitution said it would. One right that is not fully honored is the right of having equality in this country. Till this day many African-Americans still suffer from racism.

I believe that the American Creed means that we have a duty as Americans to fight to defend the core values the Founding Fathers instilled in the Constitution, but more importantly, we must respect one another.

Freedom is an essential aspect to the life of all Americans.

Saying the ‘I Believe’: Religion and Our Creeds

For this project, I interviewed the rector at my Episcopalian church. My goal with this project was to explore my own creed through my religion, and hopefully prompt others to do the same.