Why it’s good for People Should Be Different

I believe that it’s good for people to be different. Some people think it is weird for people to be different then them.They will tease them and make fun of the person just for something that they like or enjoy to do that they don’t like themselves. A lot of people think it’s good to just be like everyone else and to just do the same thing that everyone else does, But in reality the world is so much better with variety and something unique with each person and without any of that this world would be so dull.

For example just imagine everyone the same race skin color gender and we all just look the same and we all had the same hobbies we did everything the same.

My first topic is Accept People for who they are and the example I have for this one is the story that we were reading in class called Were All Different In Our Own Ways and in this story it is talking about how no one accepted him and they would just tease him for liking something else that was different from what they liked. He always talked about snakes and lizards and his obsession with godzilla. I found a quote in the story talking about how they would tease him and in this quote his teacher was asking him if he has aspergers. “In third grade, my teacher informed me that I have Asperger’s Syndrome. I said, “So what? Do you know that Godzilla’s suit weighs 188 problems?”

Second topic Is that is prepares for greater success. This is an example for this topic, Just imagine if you are at a job interview and everyone one is thinking and brainstorming the same thing and they all have the same exact idea. No one will ever want that and if you are going to hire people you want some different ideas instead of the same idea. This is why it’s good to be different it can really change the way jobs work. This is just like everyone doing the same sport and not doing any other sports and different hobbies is a really good thing and you can get different careers from different hobbies and if we were all the same we would all be doing one job.

My Third topic is skin color doesn’t matter. In To Kill A MockingBird, Tom Robinson was treated very different from the people that were white and the only reason why he was treated different was because he was black. That to me is just really stupid. It was really unfair for Tom Robinson in court just because he was black and there was no evidence that he was guilty for rape but instead they just sent him to jail. People thought it was right to hate him just because he has a different skin color. Tom Robinson was black and should have been treated the same as any other person should. People should just learn how to accept people for who they are.

A World Without Discrimination

In my American Creed essay I talked about discrimination and how it can affect certain people and why there should be no such thing as discrimination.

What is the Real American Dream?

What do you believe in? I believe in a sense of community. In this article I will be talking about how my community has helped me become the person I am today.

Why and how self acceptance is important.

Being Creative is More Than Just a Hobby

This essay is about the link between being creative and a happier, more successful life.

Attitudes and Success in Life

This is about how a good attitude affects your successes in life.

The American Dream is Achieved by Hard Work

My paper is about how America doesn't provide the proper resources for some people to succeed in life. For example, job opportunities, and housing. So I'm trying to raise awareness of this problem to see if other people could help out and help other peoples lives.

In this piece, Viktoria Lamley speaks about the importance of companionship to your everyday happiness. What she learned after an important experience with her pup, and how it sparked her to take a deeper look into things.

This essay is about the friendship that can form between the dog and their owner. About the benefits of having a dog and taking care of it.

We Shouldn't Hide Our Feelings

I believe you shouldn't hide or bottle up your feelings.

This essay is about how people influence each other every day and the impact of who you allow in your lives.

This is about why it's always best to stay kind.

My essay is about how I believe in everyone being kind to one another. I share my thoughts & stories and facts I've learned, and research I've conducted.

Anyone Can Find Potential

In our class we had to express our beliefs or belief in an I Believe essay. My belief was that I believe anyone can achieve what they put their minds to. This partly explains the American creed in my eyes, the ability to dream anything and make it a reality.

What do you believe in? I believe in a sense of community. In this article I will be talking about how my community has helped me become the person I am today.

Parents must guide their children into their American freedoms so their child is familiar with what the future entails. Children have freedoms just like adults and when they reach certain ages these freedoms should be introduced to them when they are given.

The Impact of Religion

Religion has completely changed our past, making our free exercise of religion one of the most important parts of America.

Reality of the American Dream

My piece is about the varying views and realities on the American Dream.

What's to Be Done?

In America, there are those who are affluent and those who are not. I am just one person but I speak for many when I say I lived a less affluent life as a child, and will likely experience being impoverished again when I am older. Knowing this, I ask myself, what can be done?

A World Without Discrimination

In my American Creed essay I talked about discrimination and how it can affect certain people and why there should be no such thing as discrimination.

Immigrants and their Role in the American Creed

The United States has been called a "country of immigrants." Immigrants play a major role in our life as Americans and they have shaped our country over the past hundreds of years.

Food and the American Creed

How food represents the American Creed and its values and how food is symbolic of something greater than just a basic human need. Food can represent a culture's values and history.

We Shouldn't Hide Our Feelings

I believe you shouldn't hide or bottle up your feelings.

Recently in our 9th grade english class, we have been trying to find out what America means to us and how America as an idea has influenced our lives.

Look at the larger picture to acknowledge, through the generations, how customs and values came to be and can be tied back to the idea that America’s composed of individuals, with their own ethnicity, customs, traditions, and opinions; honoring how they have been modified.

This is about the American dream, and what a major problem in America is.

My piece is about how I believe if you’re determined, you don’t have to be born in America to achieve the American Dream.

Let's talk about how tolerable America is.

The American Dream is not a reality or everyone. The incarceration rates in America and jail programs are a big reason why.

Years after my grandfather passed away I have written a letter to him explaining how his stories have changed my life. 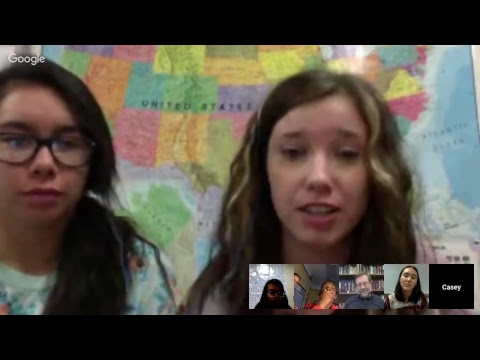 Is the Immigration Ban Changing Our American Values?

A letter addressing the immigration ban and how it affects our American values.

How my family and community history has affected my journey for a healthy mindset and personal growth.

This is a Prezi about how people in my life have affected my American Creed.

How do diverse Americans understand the American creed?

American creed is something which is different to everyone. People have different perspective of what their beliefs or goals are. America is immigrant country, people from all over the world come with different goals.

My opinion on the government shutdown

My article is about what happened during the government shutdown and how I and other people view it.

In America today, respect is not found as commonly as it should be. Watch the video to understand more!

This essay is about how people influence each other every day and the impact of who you allow in your lives.

I wrote this essay to help explain that we should all be equal in America and be accepting of each other.

Pieces is a poem about America and its many pieces as diverse and unique. And how although they are all different and widespread they all come together to form something bigger than themselves.