My American Creed is to stay true to yourself and don’t change for someone else. Individualism plays a huge role in everyone’s life. It makes people who they are and in some ways makes them different. Being different is okay , not everyone is going to like you or like what you’re doing but that doesn’t matter as long as you know it’s what’s best for you. Express yourself by doing things that you love or even the way that you look. As long as it makes you happy and allows you to show off how you are that’s all that matters. Sarah Vowell once said “ we are flawed creatures , all of us. Some of us think that means that we should fix our flaws, but get rid of my flaws and there will be none left.” shows that without our flaws or messing up nothing would really be there no personality or anything. Our society now really covers up individualism and it’s more of a problem if you stand out and express yourself . Which that should never be a problem , you were made how you were to be different and everyone should have at least something special about them that makes them who they are . Differentiate yourself from others , create a greater look for yourself and just be different . Learn to stick out in a big crowd so that you’re able to become notice and not just be labeled as one . There’s no problem with being who you are as long as you yourself like it , if someone else is forcing a different perspective of yourself on you don’t let it happen , nothings going to make you happier than being yourself and not caring about what anyone thinks . “Individualism is what makes cooperation worth living.” says Henry Ford , showing how being yourself can make life worth it and everything that you’re doing by yourself can make you overall happy . Just trying to be different is able to make things better and makes some sort of statement , it can cause happiness and just relief in being able to express in a positive way . Also Deborah Tall said “ Individualism and mobility are at the core of American identity.” explaining how having individualism and having mobility is what makes a true American . Overall , individualism plays a huge part in being an American and helps determine you who you are.

Origins of my American Creed

This piece is about my American Creed and how it was instilled in me.

How do Words, Symbols, or Rituals Express the American Creed? 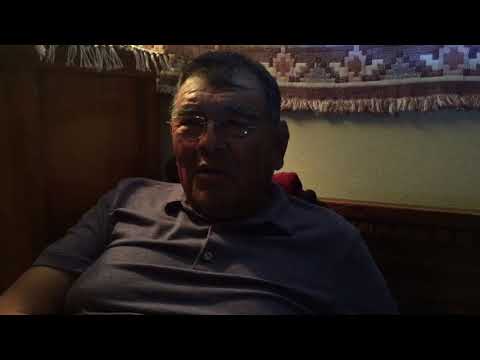 The pursuit of happiness

My piece is about pursuing your happiness. I discuss several song lyrics that connect to my beliefs about happiness.

How reachable is your American Dream?

In this podcast you will understand what an American Dream is and how to reach it. With our special guest giving us their perspective on their very own American dream.

I believe that opportunities should be distributed equally and shouldn't discriminate against differences.

Our future depends on us

In my OpEd i explain and express how America gives us endless opportunities to achieve anything. We can become anyone we strive to be, it just all depends on us. We express our American creed everyday, it's apart of all of our lives.

Equality is my American Creed...

My Oped is about what my American creed is and what it means to be an American.

My project is about what my american creed and how it affects my community. Also about how many people can't afford going to college. I also found a lot of fact that and I tied it up with my community and family friends.

How do Words, Symbols, or Rituals Express the American Creed?

Anyone who advocates for freedom from oppression, equal opportunity, individualism, and focusing on the people, believes in the American creed and wouldn’t find the same treatment elsewhere.

I discuss how my parent's influence with immigrating to America has influenced their American Creeds and how that influenced mine as well.

My poem is about civil rights, individuality, and capability as people of our nation.

I believe that we inspire each other.

“My American Creed” is about what it means to me to be an American and two core values I live by. I wrote about the opportunities in America and that my two core values are equality and individualism.

How American individualism sets us apart from other nations. For better or for worse.

The "United" States of America

This essay is about the lack of connection between today's American people and their country. I touch on the lack of sense of community that we have today, the struggles we face as Americans, and the mistrust and lack of power that people often feel when they think of government.

An analysis of the expression of American Creed and how it is portrayed in classical American art and how young artist can use their talents to show their creed in a similar manner.

Traveling around the world has given perspective on what it is like to be American and how fortunate we are to be an American citizen.

How it is to live under the Red, White and Blue

My Oped is about what my American creed is and what it means to be an American.

What America could use

A few things America could use to make the country a better place overall.

“You have your way. I have my way. As for the right way, the correct way, and the only way, it does not exist.” ― Friedrich Wilhelm Nietzsche You are yourself, along with others you make a community. Each part, with their histories, are equally as important.

We as Americans should pay heed to the perspectives presented in this documentary. Instead, our society should be encouraged to focus on unity. In order to accomplish this goal, we need to properly educate the future generations.

The question I chose was how does your family and community history connect to your american creed. This essay reflects on my family, the comforts I was raised in, and how they affected my current struggle to figure out who I am.