In the United States today it is so critical we have free speech, as without it the most significant power of the people is lost. The First Amendment during its history has been used to gain minority rights, hold the government accountable, and allowed for everyone's voice to be heard. I feel that this makes it the most powerful and greatest amendment. Looking into the future, the first amendment is crucial to building a better nation because it allows the people to be heard and the everyday acts of the government to be reported on and checked.

If we look throughout the brief history of the United States we can see at the center of all major change is the people. Examples of this are Women's Suffrage, the Civil Rights Movement, and the LGTBQ+ community in their push for equality currently. As every time a group is underrepresented or a minority group pushes for equality the reason they can is the first amendment as it allows for them to protest, petition, and speak out. In the future more groups we can't see now will fight for equality and keeping the first amendment the same is essential for other groups to also earn equality. The First Amendment will be critical for all generations to be able to build a better nation.

In the future, the First Amendment will help create major change because it allows for the people's voices to be heard and serves as a check on the government's power. The different parts of the first amendment such as freedom of speech, press, and assembly all will play a part in the betterment of the nation in the future.

This poem depicts a few essential aspects of my American Creed, the American will to go on and fight, the charitable nature of the nation, the freedom of the American people, and the land of opportunities that is the United States.

The Future We Define

The American Creed is fundamentally the future that we define for ourselves.

Requiem for the American Creed

A Poem about some of the flaws in America, with some chunks of good in it.

My American creed is that you can do anything you want through hard work.

My family has a lot of history and stories that reflect our American creed.

I believe that one of the core values of being an American citizen is serving your community and others around you. Putting in time and effort to help your community is one of the most important things we can do to help our nation prosper.

How Family History Connects to My American Creed

The Stories of how my family's achievement have helped to get me where I am today.

Even though she was given nothing in the foster care system, my mom fought to better her future and the future of her family. This is the what the American dream is all about.

The American Creed is taking action to make a difference.

In this watercolor painting I represented America through the flag and qualities that make a good American citizen through colors. Red for respect, white for equality, blue for trust, dark blue for integrity, green for honesty, and pink for care.

A stream of consciousness essay about my opinion of america and american politics.

This poem is about keeping in touch with one’s individualism through times of trouble. The first stanza is the claim, and the other 4 are evidence supporting America's notion of individualism.

Actions to express Your American Creed

This is what I believe it means to be an American and what qualities they should exhibit.

This short essay is meant to show how ambition is and has been core to the American identity.

What is your American Creed?

A poem describing what the American Creed means to me.

This is my American Creed

Acrostic poem about my American Creed. My claim is that the basic AMERICAN DREAM can be expressed however anyone truly wants it to be. Thus, my poem describes primary ideas that I personally believe fulfilling the AMERICAn DREAM is.

How my family history illustrates the importance of work ethic and determination.

How can you express your American Creed through action?

This is about soldiers! 'Merica!

This is about the many ways people show their American Creed through actions.

The American Creed Through Action

In my essay I discuss what I believe the American Creed is, and how we can promote it through action. Change doesn't need to mean a big commitment or a large cost, and can be as easy as helping a neighbor.

One thing we can’t change is the generation before will always look down and judge us. One thing our generation can do, and is already doing, is take a stand on issues that generations before us have been afraid to speak about.

This essay is about ways you can help and bring your community together.

My piece is about poverty in America and how pieces of the American Creed have both caused issues within society, but can also help to heal them.

The belief that you can create change through action is an essential American characteristic. We express our national creed by speaking out for what we believe in and trying to improve our nation.

It is very important for local communities to have organizations that help with the refugee crisis. In this work I illustrate the ability of students to come together for a common, selfless goal. 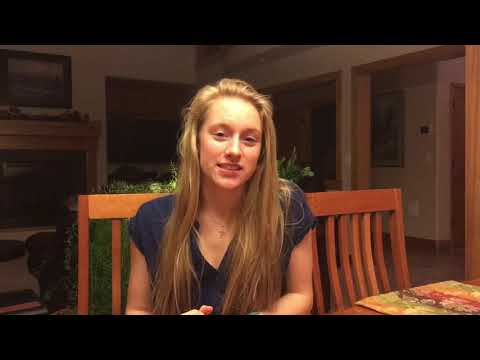 What Makes Me An American

What makes me and millions of other people Americans. That would be our American Creed everyone has it, but not everyone knows what it's about. So come find out My American Creed.