I believe that the American Creed is taking action and using your voice to make a difference. An American can use their First Amendment rights to speech, petition, press, and protest to make the country a better place. I believe that it is also important to vote and exercise your civil duty by being involved in politics.

The right to protest has been consistently exercised since the birth of America by those who seek change. The Civil rights movement is perhaps the most famous example of organized protests in American history. The Montgomery bus boycotts and the March on Washington were monumental events that helped bring about change like the Civil Rights Act of 1965. In the early 1900s, women also protested in hopes of gaining voting rights, or suffrage, and they did in 1920. Americans protest to make a difference.

Freedom of speech is perhaps the most important right guaranteed to us under the Constitution. We use our freedom of speech to voice our opinions every day, far more often than we realize. Simply by using your voice and speaking out against injustice or unfairness, you can make a difference. Martin Luther King's I I Have A Dream speech reached the ears of millions, and is one of the most influential speeches in American History. Americans speak to make a difference.

As Americans, it is our civil duty to vote. Voting is how we make our voice heard in the electoral process, by electing officials who best represent our interests. Together, we can bring about change in this country by voting. Every four years, Democrats and Republicans run large campaigns to get their respective candidate to the presidency. Most recently, the Democrats ran Joe Biden in 2020, but the main focus of many Democratic voters was "Anyone but Trump," since he did not represent their interests. This campaign succeeded in getting Trump out of office. Americans vote to make a difference.

It is important to not just vote, but also to become involved in politics. You have one vote per election, but by using your voice you can influence several. The group "Women for Trump" was founded in 2016, and was influential in the 2016 and 2020 elections. This group targeted suburban women in hopes of getting them to vote for Donald Trump. Groups like these are one of many ways Americans can get involved in politics. On the local level, you can go to town halls and city council meetings to make your voice and interests heard by elected officials. Americans get involved to make a difference.

In this watercolor painting I represented America through the flag and qualities that make a good American citizen through colors. Red for respect, white for equality, blue for trust, dark blue for integrity, green for honesty, and pink for care.

A stream of consciousness essay about my opinion of america and american politics.

The Future We Define

The American Creed is fundamentally the future that we define for ourselves.

How Family History Connects to My American Creed

The Stories of how my family's achievement have helped to get me where I am today.

Requiem for the American Creed

A Poem about some of the flaws in America, with some chunks of good in it.

Even though she was given nothing in the foster care system, my mom fought to better her future and the future of her family. This is the what the American dream is all about.

My family has a lot of history and stories that reflect our American creed.

I believe that one of the core values of being an American citizen is serving your community and others around you. Putting in time and effort to help your community is one of the most important things we can do to help our nation prosper.

This poem depicts a few essential aspects of my American Creed, the American will to go on and fight, the charitable nature of the nation, the freedom of the American people, and the land of opportunities that is the United States.

My American creed is that you can do anything you want through hard work.

My American Creed is based on the features that America obtains. The rights given to the citizens of the United States have made America the nation that it is today and continued to help the nation prosper.

I describe my American Creed through a parody of Party in the U.S.A

The Evolution of the American Dream (My American Creed)

My American Creed expressed through different verses and an structured chorus. Acceptance, change, individuality, and the freedom to think for yourself.

A villanelle poem about my family's experience in America.

I believe the death penalty is necessary.

Education makes us aware of our skills, knowledge, wisdom, and we’ll be able to apply these to our situations in life, not only for our own good but also to make the world a better place.

My American creed can't be described by words alone so instead, I used a drawing and different keywords and ideas to express my American creed and how much I love my country. Enjoy!

This is about my American Creed

Education is full of opportunities, if we don't take advantage of them we're simply just letting them go by.

Expressing Your American Creed Through Action 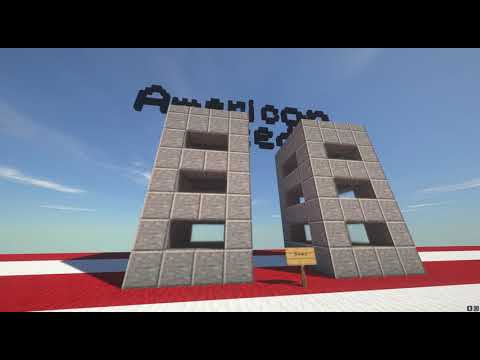 What Being American Means to Me

Rap about what it means to be American.

America is portrayed as the land of the free but not many people get the freedom they need. Many groups of people are challenged in the U.S and struggle to better their lives, I believe that everyone should be given the same opportunities .

Rice and Cummins value education due to how it creates more opportunities that can turn your American dream into a reality no matter race, skin color, social class, etc. Education gives everyone the same opportunity. ﻿

Without my Grandmother's efforts and her coming to The United States, I would not be apart of THE ALLEE family. This heavily impacts MY American Creed. The United States of America was and still is a place of opportunity for the less fortunate.

While trying to go about their ordinary lives amidst a backdrop of polarization, divisiveness, and conversations around injustice, everyday Americans in small towns must look inwards to find what brings them closer together.

A poem written about what it means to be an American and how our ancestors actions have shaped our country into what it is today.

This is my American creed.